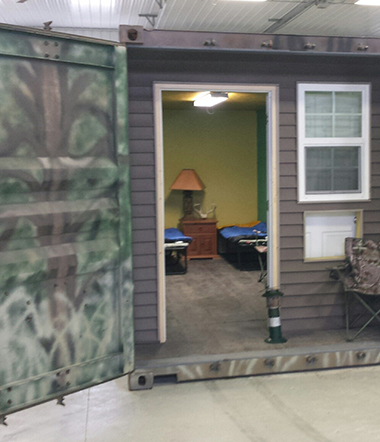 Inspiration comes in all form here at USA-Containers. Usually it involves a brainstorming session at the end of the day as we sit around the table with snacks and beverages just reflecting on the day and catching up with everyone’s life. The CamoTainer came to life at one of these sessions. We recently hired a new employee, Travis Bigger, and his enthusiasm is in no short supply. We have known Travis for many years and he brings not only enthusiasm but welding, manufacturing skills and zest for hunting.
Travis is also a dreamer. He comes in every morning and gives unique ideas for the days projects or things he would like to build out of containers. We really love his exuberant ideas and chuckle at some of his plans. Travis could build a town of container homes if we gave him the green light. One green light Travis, also known as Big T, got was the CamoTainer. He always wanted to build a hunting cabin out of a container and when things were a little slow over Christmas, Mike finally let Travis take the lead and build his container. We did need to rein Travis in. Travis’s vision of his CamoTainer would break the normal hunters’ pocketbook. We told Travis we wanted to keep it basic and affordable for the average hunter. 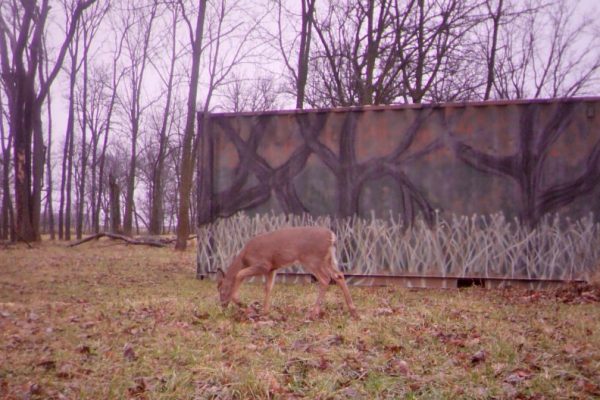 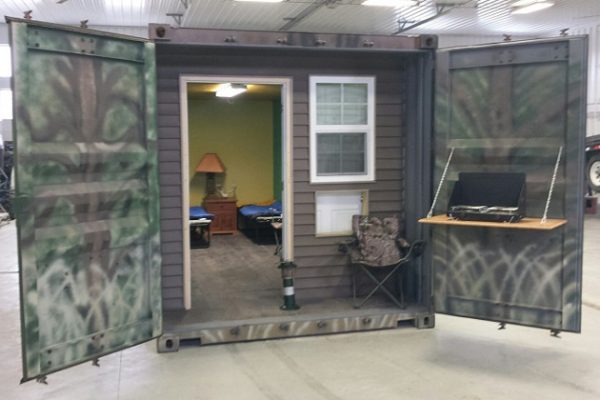 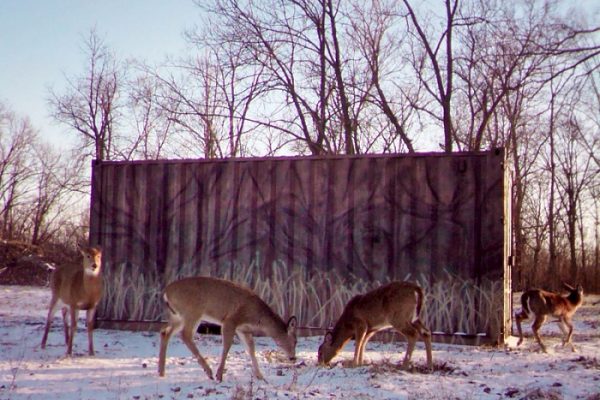 It was tough on Big T. We could see the wheels turning in his head as he kept throwing out ideas. “Let’s add shooting windows and a top deck with railing.” Poor Mike had to keep telling Travis that buyers could pick from those options and then he could add them to that model, but for now keep it simple and affordable.
Travis finished his hunting container and put it in the woods near our shop so we could take pictures in a natural setting. As you can see it was a big hit with the local herd of deer that call USA-Containers home. We are pretty sure the CamoTainer will be a big hit at the Iowa Deer Classic in Des Moines, IA on March 4th-6th. Come visit us in booth # 641. You can see the CamoTainer for yourself and meet the Big T. We are hoping someone orders a CamoTainer with all the bells and whistles so Travis can fulfill his dream of building his deluxe CamoTainer.